You have probably seen the news that transit ridership numbers just released by APTA show the highest ridership numbers since 1956 (APTA press release here, good Atlantic Cities summary here).  This is good news for lots of reasons.
Some thoughts that I haven’t seen given much attention:
·      Transit numbers going up is a corollary of VMT numbers going down.  The two trends taken together reflect some fundamental changes in demography, culture, and settlement patterns.
·      We are way behind the curve in most places in providing modern, expanded transit facilities and services (see my mention of Baltimore here).  Too many states and MPOs are still plowing money into expensive, outmoded highway projects.  And in too many states it’s actually unconstitutional to use the main source of transportation revenue – the gas tax – off the highway system.
·      If and when we are able to put adequate capital funding into transit, the daunting problem of operating funds persists.  Because farebox revenue doesn’t come close to paying for operating costs, very often the more you extend service to get more customers, the more money you lose!  And federal and state funders hate providing money for operating expenses.


At least these new numbers should help get people’s attention for these issues!
Posted by Mark at 8:54 AM No comments:

New Jersey Future’s annual Redevelopment Forum has become a fixture on the state’s calendar for all planners, developers, government officials, and others in the development community.  The 2014 event, just held in New Brunswick, was up to its usual high standards.
At the plenary session, conference goers heard redevelopment success stories from Providence, Cincinnati, and Detroit.  Yes, Detroit!  In the absence of any effective city government – and despite an unhelpful state government – Midtown Detroit, Inc. (Susan Mosey) has harnessed corporate and philanthropic support and made real progress on the ground.  Meanwhile, 3CDC (Stephen Leeper) has led a dramatic refit of Fountain Square and big improvements in the key Over-the-Rhine neighborhood in Cincinnati, while the Providence Foundation (Daniel Baudouin) has spearheaded a major turnaround in that city.  Providence – once considered a real urban backwater – has seen a dramatic revitalization, symbolized by its signature Water Fire.  The Providence revival has been greatly helped by a major highway project: replacing a deteriorating urban freeway (I-195) with a segment on a new and better alignment, freeing up valuable redevelopment space downtown.
These cities can definitely share some success stories, but what are they missing?  Modern transit systems.  Seems to me that that is the next big step.
In the other plenary session, Seth Pinsky, former senior economic development staffer for Mayor Bloomberg, talked about some of the reasons for New York City’s recent economic and quality of life successes.  Key takeaway: NYC concentrated less on tax incentives to draw new private-sector investment and more on strategic fundamentals, including workforce development and infrastructure improvement.  New term (at least for me): “magnetic infrastructure of amenities,” e.g. the High Line.
There were also more than a dozen panel sessions, which I won’t attempt to summarize (NJ Future should post the slides on their website soon).


Congrats to New Jersey Future on a job well done!
Posted by Mark at 7:18 AM No comments:

Next Red Line train arriving in 8 years.
Long time to wait on the platform!
Baltimore is one of those cities where transit-ready development and redevelopment is running well ahead of actual transit service.  Having recently wandered around the new development at Harbor East (next to the Inner Harbor) and the redeveloping historic area of Fells Point (next neighborhood east) I was struck by how transit-oriented these areas are (photos below).  The good news is that transit is on the way – the new Red Line light rail service will have stations in both neighborhoods.  The bad news is that the scheduled opening of this line is 2022.
Maryland is moving as fast as it can to advance this project, but this situation just underscores how slow and behind the curve the delivery of transit projects is in this country.  This is partly a function of a long tradition of tight-fisted federal funding of transit generally and new starts specifically.  It is also partly a function of the cumbersome project delivery we live with in the transportation world.  Finally, it is partly a function of the rapid changes in urban settlement patterns and travel patterns that are creating pressing consumer demands for high-quality transit.


Time to crank it up. 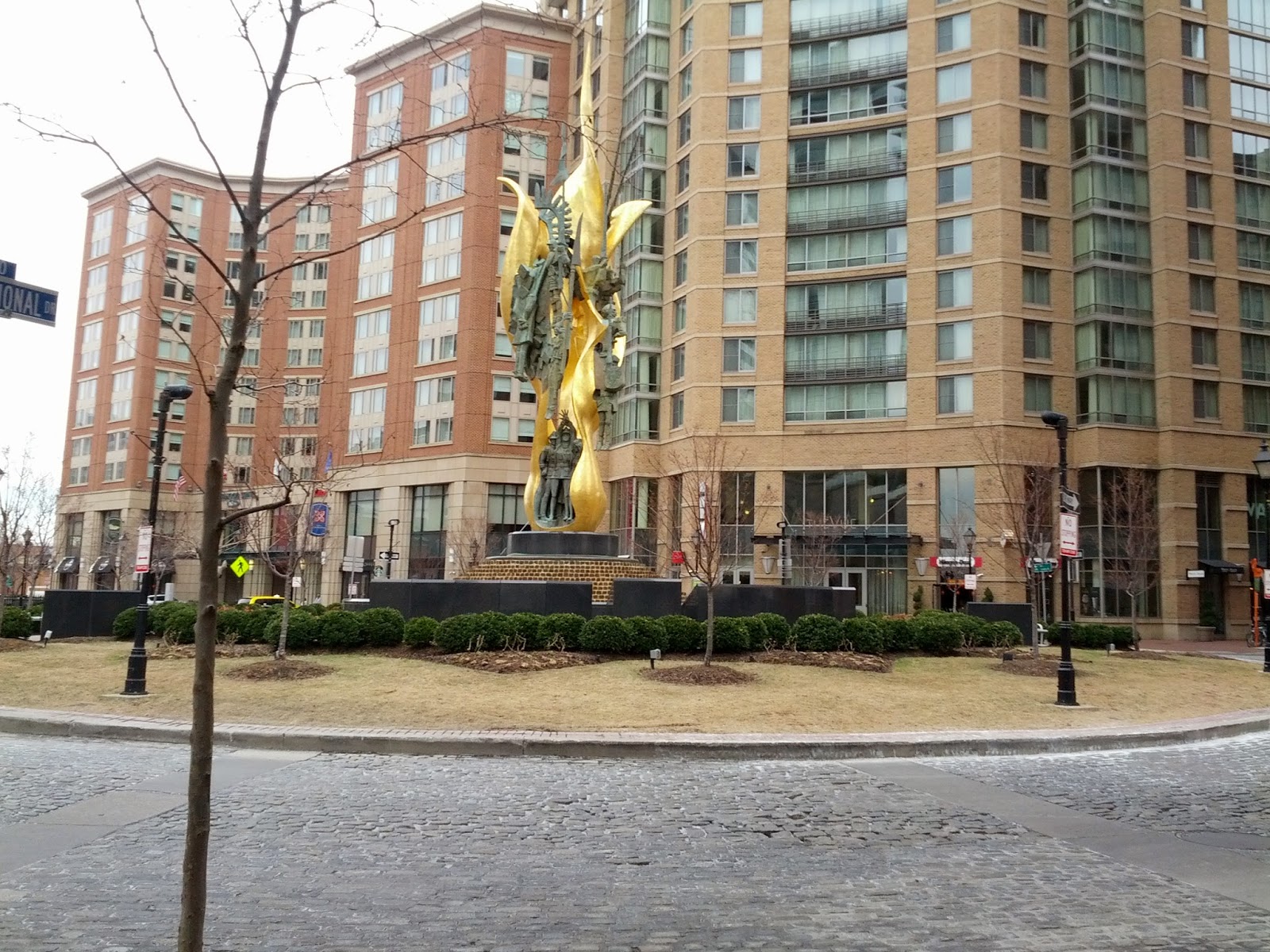 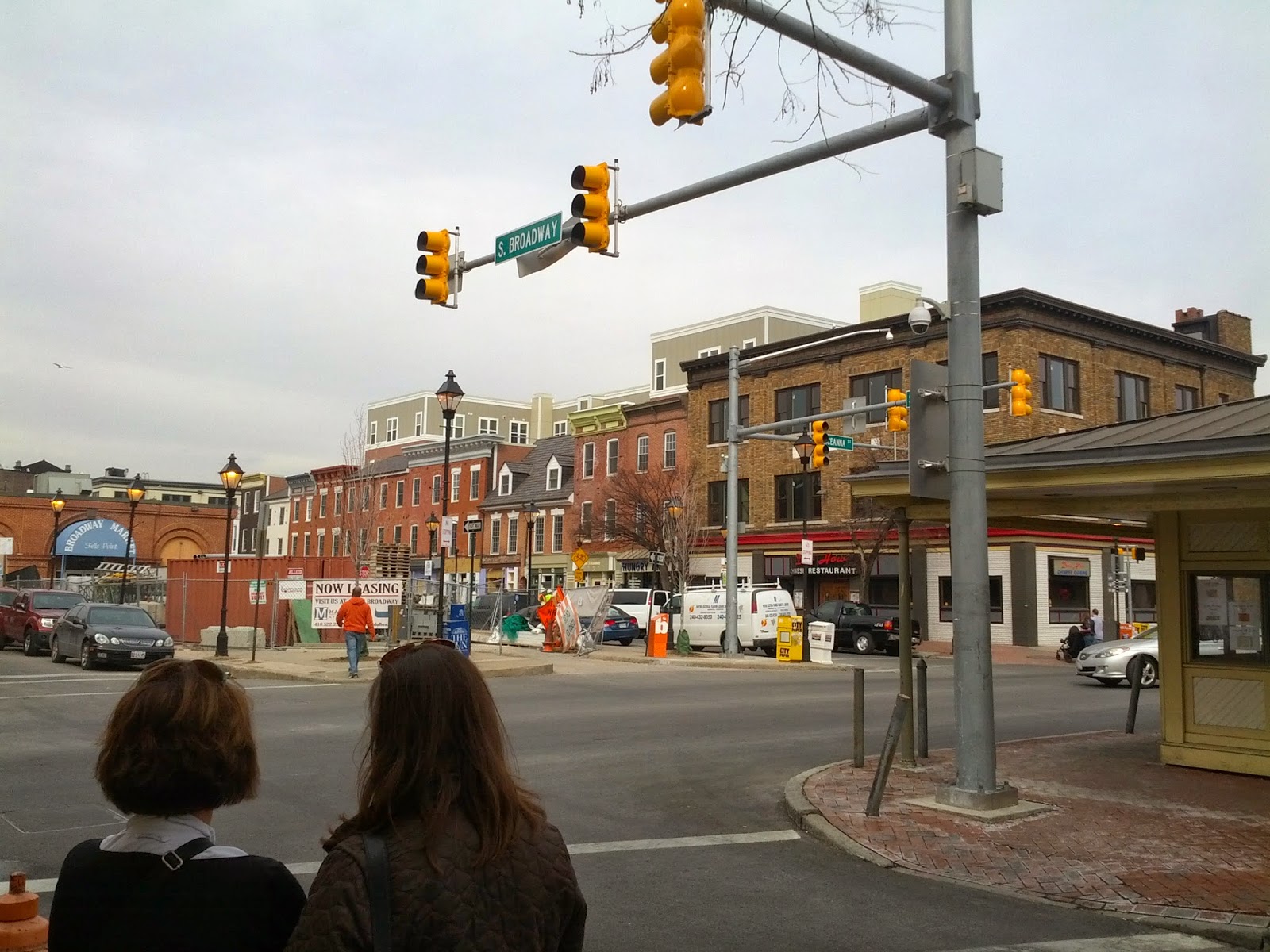