New climate report: What we need to do to stave off disaster

So the IPCC (Intergovernmental Panel on Climate Change) has published a new report (here) focusing on what sounds like a very technical question, but one that turns out to be very important.  The issue is what the difference would be in letting the world warm by 2°C over pre-industrial times (the most widely shared goal) as opposed to 1.5°C (a more aggressive target) and what are the policy “pathways” that would get us to one target or another.  It turns out that that half a degree extra means a whole lot of bad things happening by the end of this century.  Unfortunately, holding global warming to 1.5°C will be much more difficult than holding it to 2°C.  In the words of the press release:  “The report finds that limiting global warming to 1.5°C would require ‘rapid and far-reaching’ transitions in land, energy, industry, buildings, transport, and cities. Global net human-caused emissions of carbon dioxide (CO2) would need to fall by about 45 percent from 2010 levels by 2030, reaching ‘net zero’ around 2050.”  Reviewers have seized on the 2030 date as a sort of deadline for staving off disaster, although I think it’s probably more accurate to say that the report writers are saying that the data shows we need to be on a very steep trajectory for decarbonizing to avoid a rapidly worsening situation.
With respect to transportation, the report discusses strategies for achieving this target for the various modes.  For instance, electric cars are already spreading rapidly, while technical solutions for rail and aviation are more problematic.  In the case of freight, operational improvements may do more than technical breakthroughs in the short run.  The conclusion: “Deep emissions reductions in the transport sector would be achieved by several means…Since there is no silver bullet for this deep decarbonisation, every possible measure would be required to meet this stringent emissions outcome.”  In other words, the “all of the above” strategy.
The report doesn’t really break any new ground on transportation issues, although it is solidly grounded in current research.  What it does do is underscore the urgency of action.  My own takeaway is that we should concentrate on those areas that we know how to advance – notably phasing out internal combustion engines for light duty vehicles.  (If anything, I find the report too conservative on this point.)
The report has so far had limited impact – certainly in the U.S.  (One commentator noted: “You may have not seen the IPCC climate change report because the mainstream-media focus quickly shifted to the fight between Donald Trump and Taylor Swift.”)  I think part of the problem is that the report itself is not only highly technical, but is poorly written.  (The “Summary for Policymakers” would fail the attention span test of any policymaker I have ever worked with!)  Hopefully, however, the report will percolate through climate change and transportation professionals and push us a few steps forward toward the urgent action we need to take. 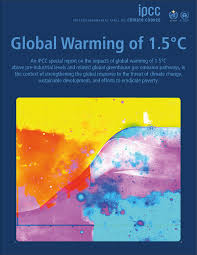 Anyone who’s ever been responsible for a long-range transportation plan (been there, done that, no t-shirt) will appreciate the difficulty of gaining stakeholder and public involvement and ensuring that the “message” of the plan is communicated back through those stakeholders and (to at least some extent) the broader public.  Communication is vital to effectiveness.
One of the agencies that does this best is the Delaware Valley Regional Planning Commission, the MPO for the greater Philadelphia area (full disclosure: I am a long-time partner of DVRPC, wearing various hats, and currently serve on the Futures Group).
I recommend you watch their new 5-minute video (here), which does a great job of telling the story of the region’s long-range plan in a simple narrative with vivid images.  Note particularly how the video involves key local elected officials, agency heads, and stakeholders as storytellers, often speaking to the parts of the story that are most salient to their constituencies or expertise (e.g., PennDOT Secretary Leslie Richards speaks to funding challenges, including the future of the gas tax; Montgomery county commission chair Valerie Arkoosh, who is a doctor by profession, speaks to healthy communities; Camden mayor Frank Moran, whose city has a major poverty problem, speaks to the need for inclusive economic development).
Well done, DVRPC.
Oh, the other challenge for long-range planners:  now that the 2045 long-range plan is in the can, it’s time to start working on 2050! 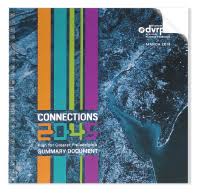