Those of us who live and work in the post-Sandy Northeastern U. S. are painfully aware of the bad things that happen when salty seawater floods transportation infrastructure.  And unfortunately the future portends both significant sea level rise and an increase in extreme weather events.  Fortunately, lots of clever people are working hard to evaluate the vulnerability of key infrastructure and what to do about it.
So, how bad would it be if Boston’s Big Dig tunnel system (which carries I-93 under downtown) was flooded?  Very bad.  Even if one element of the system were knocked out, it could shut down a lot of central Boston, the Interstate highway system, and possibly some subway lines, making a transportation mess at just the time you would need maximum recovery (and potentially evacuation) capacity.
So a new study led by Ellen Douglas of UMass Boston, assessing the Big Dig’s vulnerability, is very timely.  The study team inventoried assets (tunnels, vents, buildings, etc.), undertook sophisticated hydrodynamic modeling (including both hurricanes and Nor’easters), and developed statistical probabilities for flooding at hundreds of locations.  The verdict?
The good news is that most of the Big Dig’s facilities have only a small chance of being flooded, and that is likely only in the most extreme events.
The bad news is that the most vulnerable facilities are actually the portal ramps that take traffic from surface level to the tunnels and vice versa.  Even so, it appears to be a solvable problem.  The “fix” for portal vulnerability is probably floodgates, which is likely to cost in the tens of millions of dollars rather than hundreds of millions.  And these can probably be designed and built over time.


Congratulations to the study team (the results are in a webinar slide show, which should be available soon on the ICNet website at http://theicnet.org/).  The takeaway for the rest of us, I think, is that key infrastructure elements in exposed locations are all going to need detailed, site-specific analysis.  If these are done right, they can save us from at least some of the ravages of future Sandys.
Posted by Mark at 2:22 PM 1 comment:

I have been an advocate for some time of state DOTs exploiting their considerable property holdings on highway right-of-way to address climate change through carbon sequestration (some of my earlier thoughts here).
Now comes a new study from TRB (Transportation Research Board) that takes another (limited) step forward on this topic.  Entitled “Guidebook for Designing and Managing Rights-of-Way for Carbon Sequestration and Biomass Generation,” (available here) the study has, as the title suggests, a very limited focus.  The conclusion is pessimistic as to the chances of DOTs reaping financial rewards with sequestration and biomass projects: “While it is technically feasible to grow a variety of vegetation types along roadsides that could serve either the bioenergy or carbon offset markets, given current market conditions and the operational constraints of the ROW, the practical opportunity to implement such activities is limited.”
But really, is making money what we’re after here?  The report forward makes it clear that the narrow research problem statement was the product of circumstances prevalent several years ago.  I hope that the findings don’t discourage state DOTs from pursuing a more vigorous exploitation of the ROW for sequestration purposes.  And indeed, the report offers a very practical analysis both of opportunities DOTs have on the ROW and the management issues (safety for instance) that they will need to address.  So this report is definitely another step forward.


Carbon sequestration is just one of a number of important uses for the roadside that need further exploration.  Another key use is renewable energy generation.  Both the roadside (and in the future the pavement itself) should be generating power for highway lighting, signage, and electronics.  I envision the resilient, sustainable highway of the future as self-powering.

I had a chance recently to spend a few days in Paris, with many trips on the Metro.  I’m not nearly as familiar with the Metro as I am with the London Underground (musings from my recent London excursion here), so I was eager to spend some time on it.
On the negative side, the Metro is looking distinctly rundown, especially in comparison with London.  It seems to work very well, but it’s looking a bit shabby.  The system is undergoing an upgrade, so one hopes that improvements will happen quickly.  The Number 1 Line (serving many of the tourist destinations) has already been upgraded and shows well.  Trains are modern (automated!) and stations are bright and clean.  Platform gates open only as train doors open, providing a safer environment.  Train announcements (much like London’s) are recorded and clear – even for those of us whose French is minimal.
Most of the other lines definitely could use refurbishment.  Trains and platforms are generally clean, but worn looking.  Announcements vary from mumbled, slangy French to (more commonly) nothing.  Although a few people have passes, most use paper tickets.
On the positive side, the whole system (based on a brief exposure) seems to work smoothly and efficiently, carrying huge numbers of people.  Headways are very short.  We never waited more than three minutes for the next train.
The best part – for me – is that the Metro forms a genuine rapid transit grid for the entire city.  Almost no part of Paris proper is more than a few blocks from a Metro stop, with many interconnections to other lines.  (This is in stark contrast with US cities, which are characterized by limited number of lines, mostly good for travel into and out of the CBD only.  Even London falls well short of the density and interconnectivity of Paris.)  The dense Paris rapid transit grid does not, however, extend very far into the poorer outer suburbs, a social and political problem, as well as a transportation one, which the French are grappling with now.


With all its pluses (and a few minuses which are being worked on), the Paris Metro is fun and useful to ride – especially because wherever the system takes you, you’re still in Paris.  And Paris, as they say, is never a bad idea. 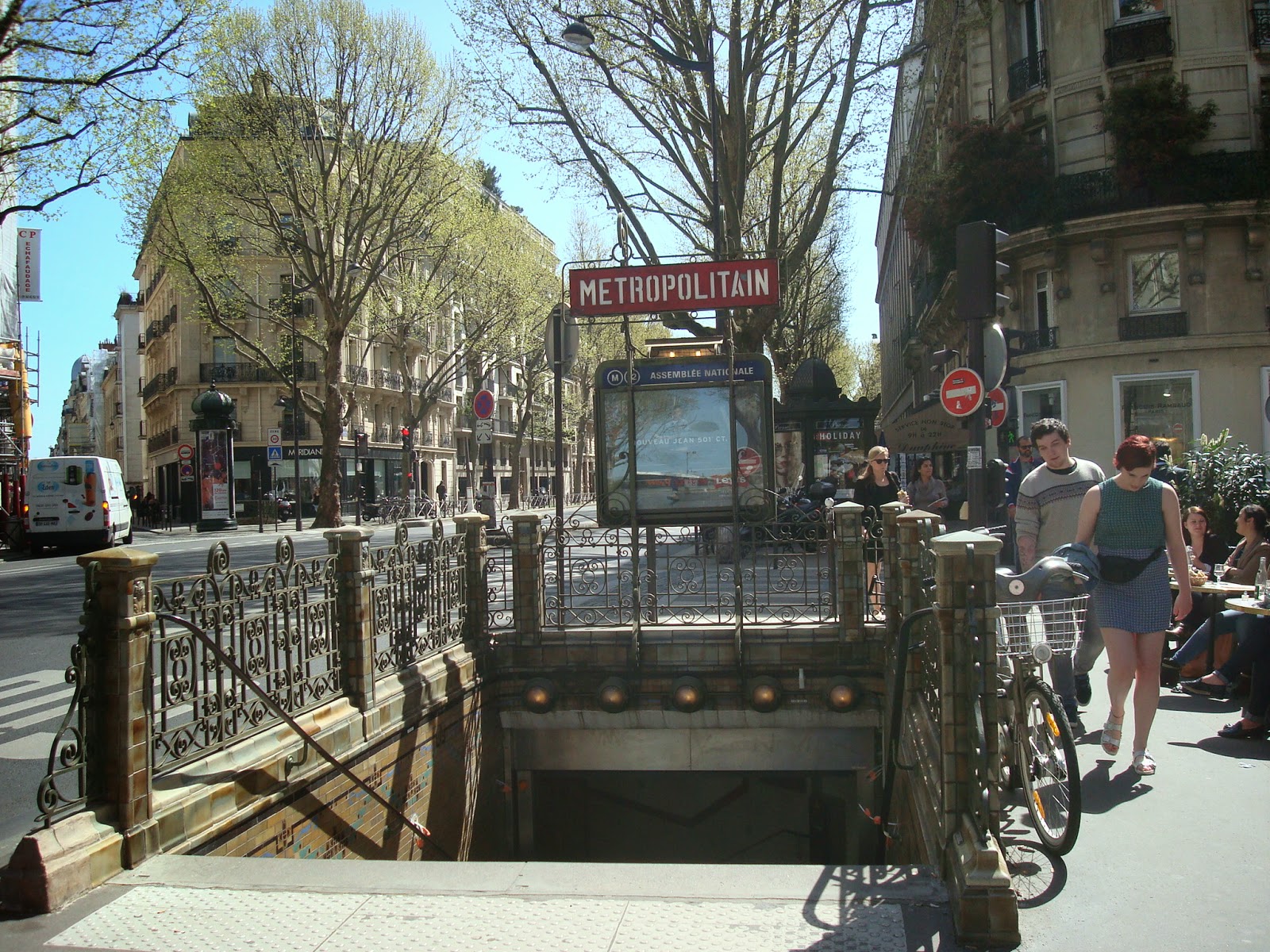 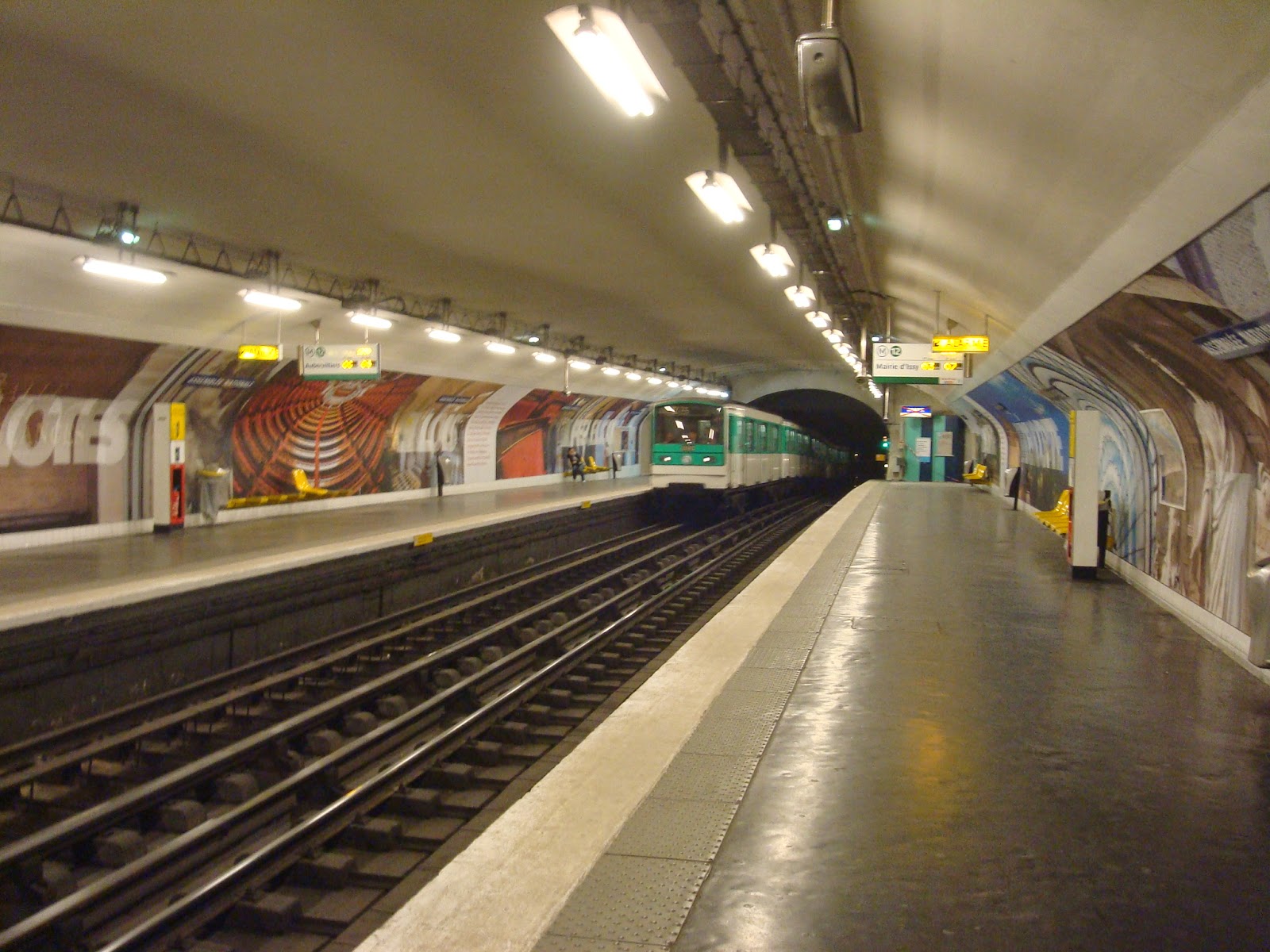