UK way ahead of us in EV chargers

A new report from the UK suggests that there soon may be more electric vehicle charging stations than conventional gas stations in that country (story here).
The country is already blanketed with an “electric highway” of 296 fast chargers on the motorway network.  These are operated by a firm called Ecotricity (website here).  The motorway chargers have been free during their first 5 years of operation, but are now switching to a payment system.  The “electric highway” enables EVs to travel freely on major traffic corridors while relieving the “range anxiety” that may discourage potential EV buyers.  All of this, of course, facilitates the uptake of EVs.


Why can’t we do that in this country? 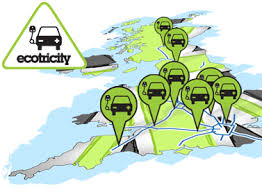 Evaluating the Democratic Platform on Transportation

Having evaluated the Republican Platform on transportation, I thought I should also do the Democratic.  You won’t be surprised to hear that it is far better – a pretty low bar to clear.
The Democratic Platform (available here) doesn’t actually have a Transportation Plank (more about that in a minute) but does discuss the topic under the “Create Good-Paying Jobs” and Climate Change/Clean Energy/Environmental Justice planks.
There are two strong elements concerning transportation.
First, the platform calls for a major investment in infrastructure: making “the most ambitious investment in American infrastructure since President Eisenhower created the interstate highway system.”  For transportation, this means “updating and expanding our roads, bridges, public transit, airports, and passenger and freight rail lines.”
Second, the platform directly links transportation investment to climate change (“an urgent threat and a defining challenge of our time”) and clean energy: “We will transform American transportation by reducing oil consumption through cleaner fuels, vehicle electrification [and] increasing the fuel efficiency of cars, boilers, ships, and trucks.  We will make new investments in public transportation and build bicycle and pedestrian infrastructure across our urban and suburban areas.”  Transportation is one part of the “green and resilient infrastructure” that will “protect communities from the impact of climate change and help them to mitigate its effects.”
I do have a few smallish concerns and one big one.  On the smallish side, transportation does not get its own plank, but is subsumed mainly into “infrastructure,” which itself is an element of “Create Good-Paying Jobs.”  Transportation plays a unique role in the economy and society, and mixing it in with water and sewer and schools and energy grids in funding programs can cause problems.  Also, in an ideal world I would have liked to have seen a better defined vision for a 21st century transportation system, more on resilience, more on transportation reform, more on the overall importance of transportation to the economy (beyond short-term jobs), and more program details.
But those concerns are really more drafting issues than substance issues.  My big concern is that the plank doesn’t address revenue.  This is going to be a big challenge, but we won’t get to where we need to be without a significant slug of new revenue.  Not only does the plank not talk about revenue, it evokes the siren song of a national infrastructure bank.  As I have said many times before, infrastructure banks are fine, but they are tools for borrowing money not generating revenue.


So overall I give the Democratic platform on transportation a B grade on the basis of its strong commitment to a robust investment program and to its clear linkage to climate change.  It's a really good start, but A grades are only available to those who propose a solid revenue plan.  Bonus points may be available later! 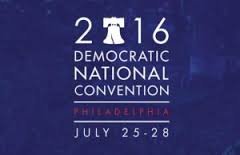 Amid all the drama of the two major party political conventions, policy issues got very little attention and the platforms themselves even less.  Actually, despite the cynicism that party platforms attract, they have been shown historically to be good indicators of the general policy direction, and often the specific initiatives, the respective parties will adopt.  The transportation planks of the 2016 platforms are definitely worth a look.
So, first the Republicans (full text available here).  I guess the good news is that the Republicans actually have a transportation plank, called “America on the Move.”  The narrative begins with a nostalgic reference to the days of bipartisan transportation policies: a curious way to begin, as the Republicans effectively ended the days of bipartisanship by refusing to entertain any more bumps in the federal gas tax.  The text then shifts into an ideological attack on the Obama Administration for subordinating “civil engineering to social engineering as it pursues an exclusively urban vision of dense housing and government transit.”  (FYI, the use of the term “government transit” instead of “public transportation” is a marker for Tea Party ideology.)
The main proposal of the plank is pulling all non-highway programs out of the Highway Trust Fund.  Targeted are “mass transit,” bike/ped programs, recreational trails, landscaping, historical “renovations,” ferry boats, federal lands, scenic byways, and education.  These “worthwhile enterprises” should be funded  “through other sources.”  These other sources apparently don’t include other federal funds, as the platform states that these programs “should not be the business of the federal government.”
Of course, it’s easier to dismiss all these other programs – as well as encouragement for Smart Growth – if you don’t believe that climate change is real.  The Environmental Progress plank talks about “shoddy science” and “scare tactics” in regard to climate science and advocates withholding U. S. funding from the UN climate program, repudiating the Paris agreement, and enforcing “dispassionate analysis of hard data” (lulz).
The transportation plank does recognize that current funding levels for surface transportation (meaning highways) may fall short.  The answer?  Encourage more public/private partnerships.  This shift from tax financing to toll financing is a Tea Party/Reason Foundation ideological mainstay.
Some other proposals:
·      Repeal Davis-Bacon (old-fashioned union busting)
·      “Reform” provisions of the environmental laws
·      Privatize Amtrak, at least in the Northeast Corridor


My final grade for the transportation plank of the Republican platform?  F.  From a political science standpoint, the language should be credited for being generally clear about direction and specific about proposals.  However, any platform that proposes to withdraw the federal commitment to surface transportation (outside of basic highway funding) gets a failing grade from me.